For Richard, it was the cigarettes that did it. After a career, including 13 years in the Air Force, plus service for the U.S. Post Office, he decided to finally quit smoking. That's when the weight started piling on. He went on major diets twice, losing about 100 pounds, but the weight came back.

"My health had gotten so bad that I decided I better do something," said the Middle Tennessee native, now 70. The death of his best friend from a stroke at age 64 made him even more determined to change his life. 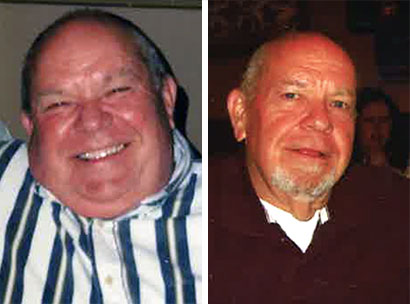 Richard had fallen more than once, and he went to see a neurologist. The doctor said nerve problems in his legs were causing the falls, but his weight was the root of the problem.

Richard had a friend who had undergone weight loss surgery at Vanderbilt, so he asked her about it. "She said Vanderbilt was so far ahead of everybody else it wasn't even funny," he said. "They set me an appointment to come to a class, and when I did that, it pretty much locked it for me."

In order to have weight loss surgery, many people must first lose weight on their own, and Richard spent the next 10 months doing just that. In December 2009, he had sleeve gastrectomy surgery performed by Dr. Brandon Williams.

"It was really easy," said Richard. "I came into the room and they took me into the prep room, and I wasn't in surgery very long. No stress whatsoever."

"Vanderbilt has it nailed," he said. "There was not one unpleasant experience in the whole thing, except just that you have to have surgery. Dr. Williams is a real good doctor. He's pleasant, he's straightforward; he's just a nice guy. And the nurses down there, they don't come any better than that bunch."

People who choose weight loss surgery must make major life changes afterwards. This is especially true concerning the food they eat. "I changed everything," said Richard. "I stay out of the Chinese buffets and the pizza houses. Today, I don't drink sodas, and a lot of the things that I liked before I don't especially care for now. I just can't eat eggs anymore, and I don't eat nearly as much red meat."

Richard says he no longer needs the treatments for high blood pressure, type 2 diabetes and sleep apnea that he depended on before his surgery. The only medicine he needs now is half of a small cholesterol pill, compared to a medicine cabinet full of pills before.

Today, he volunteers at a hospital near his home and enjoys his retirement in the Tennessee countryside. He considers himself fortunate to experience these years of his life, and has encouraged others who struggle with weight to take action, too.

"If I hadn't done the weight loss surgery, they wouldn't have found the cancer," he said. "If I hadn't had it done, I don't think I would have lived five more years."